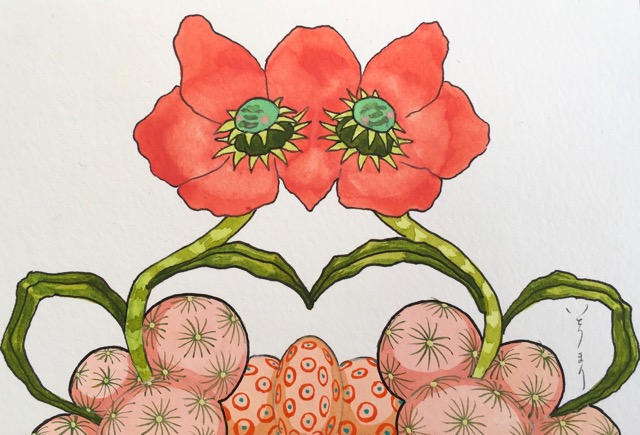 nap gallery is pleased to announce “ITOMARISMO” by Mari Ito.

Mari Ito lives and works in Barcelona, Spain where she is surrounded by outstanding works by renowned architects such as Antoni Gaudi and authentic Catalan cultures. “ITOMARISMO” is a coined word based on a Spanish word “Modernismo,” which is a mixture of the traditional Mudejar style from Catalonia and Art Nouveau from France and was a very popular art form from late 19th century to early 20th century.
Energetic people who seek the independence of Catalonia and its art and culture have given the huge influence on her. As “Modernismo” had matured by mixing up different styles, her works, still rooted in Japanese painting, expand and become more vivid by adopting the environment and atmosphere she absorbs every day.
This year, she created a commissioned work of a public art at a metro station in Barcelona, and collaborated with Bershka, a popular apparel brand from Spain.
Mari Ito is a remarkable artist and has a tremendous power that attracts others. Please come and feel it.