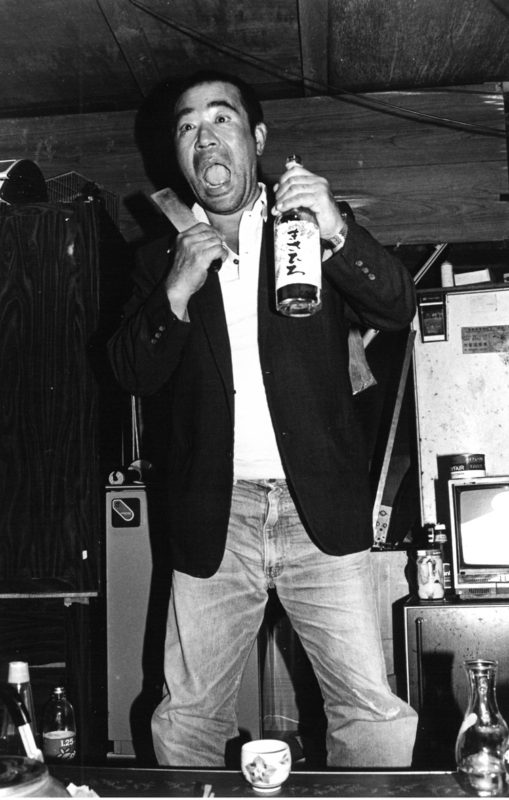 Born in Okinawa in 1953, Mao Ishikawa embarked on her career in photography after studying at the Shōmei Tōmatsu Class of The Workshop School of Photography in Tokyo in 1974.

Ishikawa’s consistent theme is Okinawa. She photographes people and life in Okinawa not merely as a documentary subject but as the reflection of her own life. She has published many books and books of photographs including her autobiographical photo-essay, Okinawa Soul (2002), Hot Days in Camp Hansen (1982), Phillippines (1989), A Prot Town Elegy (1990), The Story of Sachiko Nakada’s Theatrical Company (1991) and Life in Philly (2010). Ishikawa has a style of her very own that escapes simple classification as documentary or autobiography. For those who like classification, early works such as Hot Days in Camp Hansen seem autobiographical. This work portrays the relationship between Okinawa and the U.S. military bases, the woman from diverse backgrounds gathering around the bases and the changing island always in a state of uncertainty at the mercy of the U.S. – Japan political negotiations. However, for Ishikawa, Okinawa is nothing special, but the familiar scene of ordinary daily life. While the various issues of Okinawa seem to be temporary topics at each juncture for people on the mainland – “Yamato,” as the people of the Ryukyus say they continuously matter to her in her daily life.
For Ishikawa, photography is not just an occupation but a necessary medium for observing real-time Okinawa and fix it as images. As such, her approach is rare and precious.
Text by Taro Amano, Curator, Yokohama Museum of Art
Quoted from “Non-Sect Radical: Contemporary Photography III” (2004), Yokohama Museum of Art