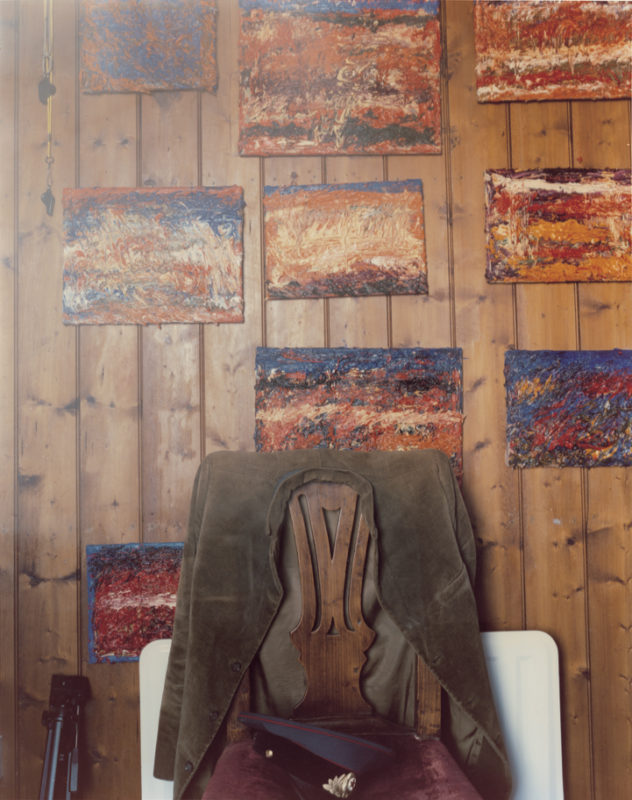 This book is a collection of photos that are now being released approximately 30 years after photographer Kyoji Takahashi visited film director Derek Jarman in Dungeness, a headland located in southeastern England. Here, the cottage and garden that Jarman spent this last years ; along with late 2010’s Berlin, London, and the streets of Tokyo. These photographs, taken in different moments and places are mixed and merged, accompanied by quotes from Derek Jarman and Kyoji Takahashi’s poem, revealing “world’s end, ” fleetingly transforming like a dream. South eastern England, a town with a nuclear plant, Dungeness. Film director Derek Jarman encountered the town in 1986, around the time when he was diagnosed HIV positive. There he made an unused shed his home calling it the “prospect cottage,” and started living his days creating there a garden filled with pebbles. In his garden were not only plants and flowers but also objects created using castaway finds collected from the sea shore such as drift wood and rotten steel. Kyoji Takahashi visited Dungeness in 1992, two years before Jarman would pass away. “It was a place like the world’s end. At the same time, everything was there” says the photographer. “Photography always continues the world’s end.” Here in this book is the response to what Jarman left us, continuing to live in the century of moving image and photography.

Kyoji Takahashi Born in 1960. Photographer. His works have been published from the 1990’s in advert is ementsand international magazines such as “Purple,” acclaimedtoin cisively capture the essence of the times, full of beautiful texture, and having great influence on today’s photographers. Solo exhibition “The Depth of Night”(2016, napgallery) , group exhibition “ElysianFields”（2000, Centre Pompidou) and others. Photography publications include “The Mad Broom of Life” (1994, Youbisha), “ROADMOVIE” ( 1995,LittleMore), “Takahashi Kyoji”(1996, Korinsha Press), “Life goes on” (1997, Korinsha Press) and many others.

Derek Jarman Born in 1942. Film Director, painter, poet, and stage designer. Debuted as a film director in 1974 with “In the Shadow of the Sun. ”Following works include“ Sebastiane” “Jubilee” “Caravaggio” “The Garden” “BLUE.” During his life, he was vocal about being homosexual. Passed away with AID Sin 1994.